We are a highly specialized firm whose expertise lies at the intersection of strategy consulting, process and organizational design, and offsite facilitation.

  Get in Touch 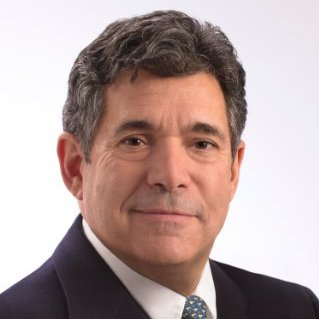 Bob has spent his career working with Senior Executive Teams and Boards on their most vital strategic and organizational challenges, both as a consultant and a corporate executive. He is considered one of the world’s leading strategic facilitators, having designed and conducted executive offsites in nineteen countries with companies ranging from Fortune 10 multinationals to German mittelstand family businesses.

Bob is the author of four Harvard Business Review articles: “Off-Sites That Work” (June 2006, co-authored with Logan Chandler), “When Teams Can’t Decide” (November 2008), “Who Really Makes The Big Decisions in Your Company?” (December 2011), and “Leadership Summits That Work” (March 2015, co-authored with Cary Greene). HBR named “When Teams Can’t Decide” one of ten ‘must-read’ articles on teams. His first book, Who’s In The Room? How Great Leaders Structure and Manage the Teams Around Them (January 2012, Jossey-Bass), quickly became a bestseller in the categories of Leadership and Decision Making, and is now in distribution in 12 countries.  His latest book, Simple Sabotage: A Modern Field Manual for Detecting & Rooting Out Everyday Behaviors That Undermine Your Workplace (co-authored with Cary Greene and Rob Galford), was published by Harper Collins in September 2015 and became a bestseller in the management category. Simple Sabotage has been published in Chinese, Japanese and Spanish.

Before founding the Strategic Offsites Group, Bob was a Managing Partner of Accenture, where he helped create the Organization & Change Strategy practice. Bob joined Accenture from Cap Gemini Sogeti, where he founded the firm’s global capability in Corporate Vision and Growth and led Gemini Consulting’s Strategy practice for the Americas. He began his career at the Boston Consulting Group where he helped launch the Los Angeles office.

Bob’s executive roles began when he went to work for a client, running planning and business development for The Dial Corporation. Bob went on to become the youngest Division President of this Fortune 500 company, now a division of Henkel. A decade later, he took another temporary leave from consulting to head corporate strategy for Sears, Roebuck and Co., where he helped guide the largest voluntary restructuring in US corporate history.

Dangerous Company, a best-selling book on the consulting industry, says of Bob: “He has been there, small company and big, strategy and operations. He has lived much of his professional life on the road or in the corridors of power of huge institutions. In the game of business, he is equipped to be the perfect coach.”