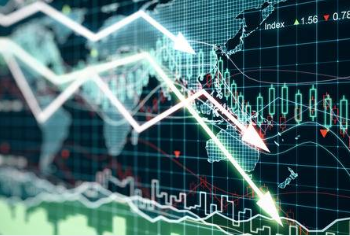 A recent Conference Board report indicates “recession” is the top external concern for U.S. CEOs as they enter the new decade, displacing cybersecurity – last year’s #1 choice.

While a looming recession may have come up in the context of another discussion, or as a brief hallway conversation, it’s the rare management team that has spent even an hour or two discussing and collectively preparing for the possibility of recession in a meaningful way.

Here are some thoughts about how you might put together such a conversation with your team.  They should provide a good starting framework for leaders in organizations large and small.

Although many teams pride themselves on keeping agenda items brief and to the point, the goal here is to have a discussion rather than to make a decision.  Let people air their views.  After all, when the team is discussing “what-ifs” there’s no clear right or wrong.  There are no experts.  Instead there are possibilities and opinions and options and getting alignment among the team requires time to express and hear views from around the table.

For typical executive teams, 1½ to 3 hours should be sufficient, with a follow-on discussion if needed (likely tacked on as an agenda topic at a future regularly scheduled meeting).

Everyone attending should have the same outcome in mind.  But sometimes the objectives are unclear, especially so when the team is discussing a future scenario (versus, for example, an immediate operational challenge).

“I’m asking the team to get together for a few hours to help make sure we’re collectively prepared for a recession should one take hold.  We should be sure we’re agreed on what defensive measures might be required, how we might seize a downturn for competitive advantage, and what – if any – short-term actions should be taken as a result.”

We were recently asked whether the discussion should be about a 2020 recession or a recession “in the next few years.”

That depends.  In some industries a quarter seems like a lifetime.  In others, planning horizons extend out a decade or more.  The most important thing is that you do set a timeframe, and everyone attending the meeting have that same horizon in mind.

Pre-reads and data should be distributed – perhaps some analyses of the impact of prior recessions on the company or your industry, or a particularly good external document providing meaningful information all the participants should have as a baseline for the discussion.

Any background documentation should be kept brief.  There’s no pre-meeting killer worse than a three-inch binder full of pre-read data nobody even refers to during the meeting itself.

What the participants should be spending their time on is thinking, or better yet gathering the thoughts of their subordinates.  Questions you might ask team members to come to the meeting prepared to discuss include:

In order to provide focus to the conversation, it’s good for the boss to know the opinions of attendees before the meeting itself starts.  A survey question can help sidestep a topic that might otherwise have burned valuable meeting time.

For example, ask participants “How do you think a recession would impact us vs our traditional competitors (much greater, greater, about the same, less, much less)?”.

If the entire group responds toward the high end, or toward the low end, you can factor that (together with your own opinion) into providing context at the outset of the meeting.

But if half the team scores high, and the other half scores low, then a significant early agenda item will be to either form a consensus view, impose a common assumption, or agree to carefully watch an agreed upon set of indicators moving forward.  Regardless of the solution, it will take some time to have the discussion.

In addition to clarifying individual starting assumptions, an anonymous survey can help get participants’ true views on other departments and functions on the table.

Have a third party administer the survey and compile the data so that individual responses are anonymous and masked.  Don’t hold back from asking some tough questions like:

If you’re like virtually every CEO I’ve ever worked with, you’re likely thinking “Hold on a minute.  My team wouldn’t hesitate for a minute expressing their candid views in meetings.  Why should I have a survey, and one where I don’t even know who said what?”

All I can say is that after 37 years in management consulting and hundreds of anonymous surveys (and anonymous interviews and anonymous in-meeting keypad polls) I can only tell you what I’ve experienced in even the best-managed companies: anonymous input is more direct, accurate, and honest than open input, especially when there’s a contentious issue or a powerful peer (or boss) involved.

So you’ve got a choice.  You can hear what people are willing to say in front of you and their peers, or you can hear the truth.  Your call.

The best meetings, like the best movies, plays or books, have three parts: a beginning, a middle and an end.  Most meetings in most companies spend an awful lot of time in the middle and don’t come to a particularly strong ending.

A lot of material ordinarily presented as meeting background would have been covered in the pre-read.  So the best way to kick off the meeting is to launch directly into a set of highly focused discussions, using the pre-meeting survey data as a starting point.

Ordinarily, entering into each topic might take 5-15 minutes as one or all around the table seek airtime to express their individual view and assess where they stand relative to the group.

But the pre-meeting survey data helps to seed each discussion. Instead of asking, for example, “What should IT be doing differently” you could begin the discussion with “40% of you responded that IT was underprepared or unprepared for a recession.  What’s behind that?”

Any changes, by definition, draw the company away from your current chosen course and speed.  Preparing for an uncertain future requires redirecting investment – of money, time, focus and talent.  So balancing cost, return and risk all need to be factored into the discussion – making it all the more important to hone in on the critical issues quickly and efficiently.

Meetings that end with clear accountability for specific actions, with deadlines and deliverables, have higher impact than those that do not.

Each meeting topic was designed to result in action items.  Even if the action is to research or analyze something, or to develop a business case, someone has to be accountable to complete it.

An example of an action, deadline and deliverable might be: “Review pricing changes taken by us and our major competitors during the past three recessions and model the potential impact of our similar action today.  The Pricing Impact Model should be sent as a pre-read and discussed at our follow-up meeting in three weeks.”

Our firm’s experience suggests that almost every time a management team steps away from the day-to-day and spends a few hours discussing strategy at a “30,000 foot” level a number of positive outcomes occur.  Ideas get generated, launched and implemented that wouldn’t have otherwise emerged.  Team members get better at looking at issues from a company-wide perspective.  Team members grow to respect each other’s perspectives.  And the team gets better at talking about strategy.

In this case, you’ll leave the conversation better informed, with a team aligned around a clear set of actions better prepared to face an economic downturn.